Radiculomegaly is a rare defect characterized by elongated tooth roots. This phenomenon can affect both the roots of a single tooth and the patient's entire dentition. The first case was described in 1980.

Radiculomegaly is associated with many syndromes, nevertheless it is most often (more than 90%) a diagnostic feature of oculofacial syndrome (ang. oculofaciocardiodental syndrome, OFCD). The syndrome, or syndromic microphthalmia, is a dominant disorder associated with the X chromosome, with congenital cataracts, facial dysmorphia, cardiac septal defects and dental abnormalities as symptoms.

Patients diagnosed with radiculomegaly should be especially wary of caries, as in its advanced stages the disease can lead to pulp involvement and the need for root canal treatment. This, in turn, like tooth extractions, may be associated with the occurrence of complications. However, if endodontic treatment is decided upon, special treatment protocols and the use of above-standard instruments should be considered for a patient with root radiculomegaly.

Much less frequently, radiculomegaly occurs as an independent entity, without association with other diseases. Such a case was described in a paper published in the journal "Case Reports in Dentistry". 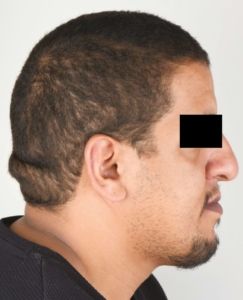 The restorative clinic at the Department of Dentistry at King Saud University in Riyadh was approached by a patient, 31 years old, of Saudi nationality. The purpose of the visit was to restore an endodontically treated tooth on the left side of the mandible that had been severely damaged many years earlier.

The patient was generally healthy, did not report any systemic diseases, also there was no family history of relevant diseases. The man reported that he had undergone gingival surgery as a child to facilitate the eruption of permanent anterior teeth.

On extraoral examination of the head and neck, a protrusion of the mandible was observed along with a protruding prominent lower lip. Intraoral examination revealed melanin pigmentation in the oral mucosa related to the patient's ethnicity. In anterior sections, gingivitis was observed, as well as deepened gingival pockets and bleeding on probing. This was probably related to poor oral hygiene and the presence of plaque.

The patient had all his teeth, but they were very crowded due to clearly narrowed both arches – maxillary and mandibular. Tooth 32 showed hypomineralization, and a very deep vault of the hard palate and bony enlargement of the posterior areas of the maxillary arch were also observed.

On the pantomographic radiograph taken, highly elongated roots of most teeth, primarily molars, were visible. Also, periapical radiographs confirmed the presence of unusually long tooth roots. Accordingly, the patient was diagnosed with radiculomegaly, but without features of other abnormalities or syndromes. 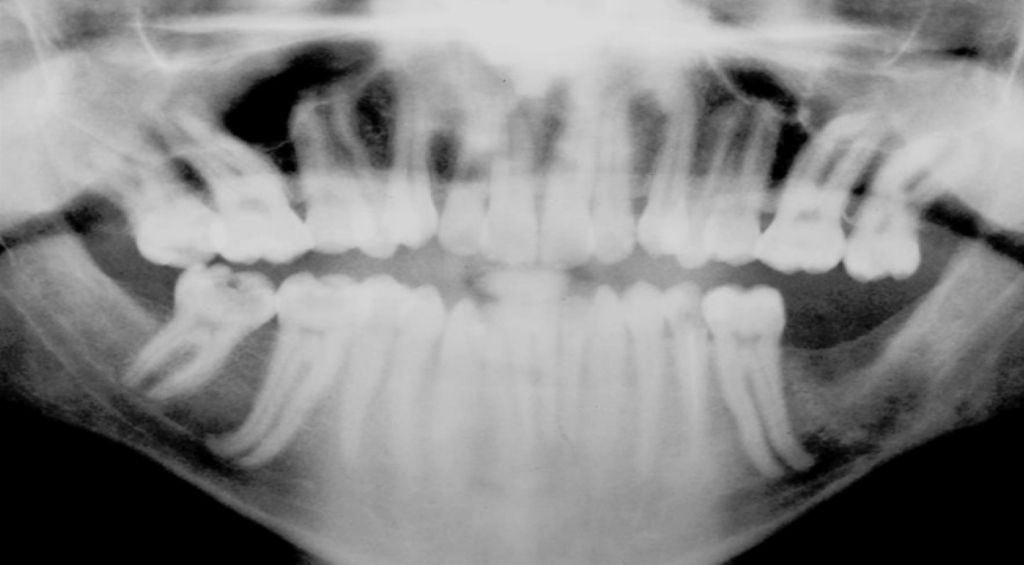 Article title: A Rare Case of Nonsyndromic Generalized Radiculomegaly with a Literature Review